This Monday we will be doing Seraph of the End. (Available as manga or anime)I won’t bother explaining it because if I did I’d go on a rant and just go nonstop about the anime so yeah. Today we’ll be doing Lord Ferid Bathory inspired earrings. It is really simple and easy.

In 2012, the world allegedly comes to an end at the hands of a “human-made” virus, ravaging the global populace and leaving only children under the age of thirteen untouched. It is at this time that vampires emerge from the recesses of the earth, likely followed by age-old horrors of the dark thought only to be myth. The vampires sweep the earth and claim it in a single violent stroke, subjugating the remnants of humanity and leading them beneath the surface to safety. This “protection” comes at the price of donating blood to their captors. At the age of twelve, Yūichirō and his friend and fellow orphan Mikaela plotted to escape along with the children in Hyakuya Orphanage. However, this resulted in their deaths and Mikaela sacrifices himself in order for Yūichirō to escape and be saved by members of the Moon Demon Company, an extermination unit of the Japanese Imperial Demon Army. Four years later, Yūichirō dedicates his life to destroy vampires and seek revenge against them for murdering his “family”. 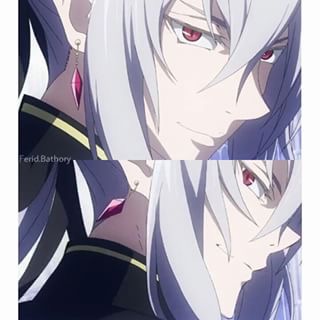 Note on first Diy, I didn’t have the right color of bead so I used nail polish to achieve the desired color. You can do this with any bead that has the shape you desire but not the right color. Just make sure you don’t use a real stone without doing a little research pairs the cause the nail polish can actually break down the stone and dissolve it over time.

The second variation is just the same as the first with different beads. The beads are standards classic glass bead that shouldn’t be hard to find.

The last is just a more fun Vampire inspired pair that are made form Vintage Red lucite.

One thought on “Manga Mondays!”

Now let me hear from you! Cancel reply